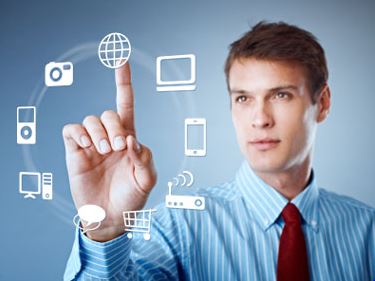 It should come as no surprise that technology continues to be a hot field for young people starting their career life. Not only do STEM-career graduates often finish with a lighter student loan debt loan than average graduates as a whole, but they may get hired faster and get better job stability than the average career field. Once you have the all-important step of a degree, consider heading for one of these growing fields with a lot of promise in their future.

Computer software certainly isn’t going away anytime soon. Today’s software developers target platforms ranging from mainframes to laptops to phones to gaming consoles. While the rank-and-file programmers don’t make as much, software developers have more of a generalized overview of the process – and you can always kick off your own garage startup and retire off your killer app.

If the news is anything to go by, the world is at war over the Internet. Information security is one field where your job prospects are iron-clad, and which will always be in demand. From international terrorism attacks to individual cyber-criminals attacking businesses, there’s always a bad guy to catch. This field will put you at the ever-advancing cutting edge of technology, and likely give you a cozy position working for the government as well.

It’s still the big boss that makes the big money at IT firms. People who both understand computers and have good people skills are in extreme demand. Being an IT manager means knowing just as much about technology as your employees, so you don’t become the much-resented stereotyped “clueless boss.” An IT Manager is in a good position to rise in the management ranks, and indeed, technology CEOs are some of the richest people in the world. An information technology MBA is an important step to getting this rewarding career.

Who said a STEM career has to lead to a desk job? For those of you craving open air, travel, and a boss hardhat, field engineering is the position for you. Working anywhere from oil tankers to power plants to the military, the world needs engineers who know how to make things work. Another great career with built-in job stability, competitive pay, and high flexibility.

The urban version of mechanical engineers, civil engineers stay in big cities to work on infrastructure. That means designing highways, sewer systems, traffic grids, bridges, skyscrapers, and all the fixtures of a big city that most people never think about. If you’re a detail oriented person who likes a behind-the-scenes look at how we live, this is the ideal career for you.

While web development is at the low end of technology careers pay-wise, it is also one of the easiest and most flexible technology careers. As long as you have a laptop and a sane software setup, you can work from anywhere in the world, even at home in your pajamas. It also requires only a small skill set relative to other tech careers. Obviously, the Internet isn’t going away any time soon, so this career promises job security.

Guiding your education towards one of these career paths will help you take the right courses early. All of these positions have existed for years already and are expected to grow well throughout the coming decades.