In January 1926, something happened that changed society forever. The way that human beings entertain themselves and interact with the world around them was about to become completely different. On    26th January that year, John Logie Baird hosted the first ever demonstration of television in his laboratory.

From that date, the idea of moving pictures being beamed onto a display, caught the imaginations of scientists and public alike. Things moved rapidly, and the first huge television broadcast in the UK was in May 1937 with the coronation of King George VI. 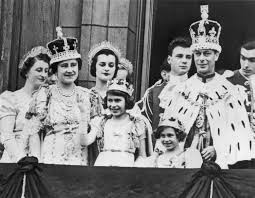 By 1939, approximately 20,000 television sets were owned in Britain. These were a huge luxury and only the wealthiest could afford a television then. As the Second World War broke out, British television was closed down, not to re-start until a year after the end of the war in Europe. On 7th June 1946, television in Britain was switched back on.

New television transmitters meant greater coverage for televisions, and in June 1953, the country gathered to watch on television the Coronation of Queen Elizabeth II. It was also during the 1950s that commercial television began (ITV) – this was funded with advertisements, unlike the BBC who are funded by the British taxpayers.

By the late 1960s, something incredible was happening – people were tuning in to television in their droves, the BBC now had 2 channels, and in July 1969 the world tuned in to watch the first television images of Neil Armstrong and Buzz Aldrin walking on the moon. 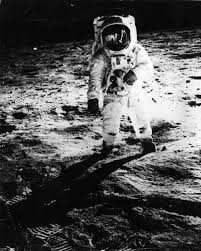 From then on, new programmes were being recorded, television was becoming more accessible to homes all over Britain, and in the 1980s, the royal wedding of Prince Charles and Princess Diana attracted a huge 750 million viewers around the world. Another commercial channel also hit the screens, Channel 4.

By the end of the 1980s, television was starting to become more like what we know today, when in 1989 Sky TV came to the UK. People started to access entertainment from around the world, and hit tv shows, international sports coverage and rolling news channels came along with it.

Fast forward to today and television has proven itself invaluable in our troubled times- during lockdown companies such as this TV aerial repair Gloucester company have been like another emergency service, connecting people’s televisions or repairing broken aerials to allow people to keep up to date with the news, take their mind off things with a comedy series, and keep the kids entertained.