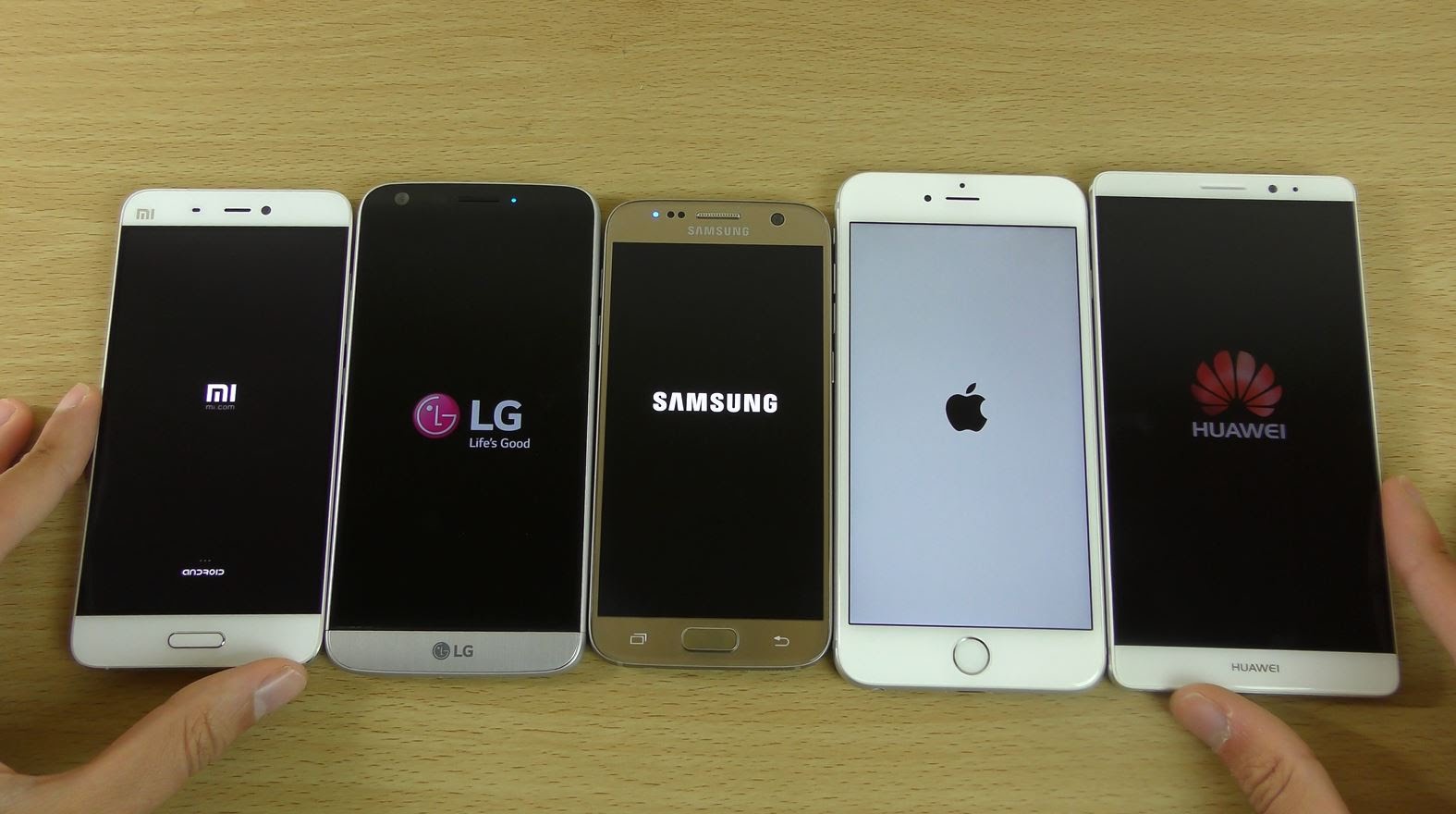 The high end has been almost completed with all the launches of the year, and the iPhone 7 undoubtedly puts the finishing touch in the absence of the bets of other smaller manufacturers. Apple has opted for an identical format in terms of design, by its dimensions, but has completely renovated the hardware of its terminal, and as it always does months after the rest of manufacturers. But how is this new iPhone 7, compared to models like the Samsung Galaxy S7 or LG G5 and similar?

The numbers in the ‘key’ components of your hardware have not been revealed. But its Apple A10 quad-core chip faces the Qualcomm Snapdragon 820 that they all mount except the Samsung Galaxy S7. And this Snapdragon 820 has a quad-core configuration with 2 x 2.15 GHz and 2 x 1.6 GHz. As for the Samsung Galaxy S7 Exynos 8890, its CPU has eight cores in a configuration 4 x 2.3 GHz Mongoose and 4 x 1.6 GHz Cortex -A53.

And any of them comes with 4 GB of RAM, except the Sony Xperia X Performance and the iPhone 7, which come with 3 and 2 GB respectively. The variations on its GPU are also notable, with the Adreno 530 for any of the Android, compared to the GPU’s six-core iPhone 7.

Here the highest number is taken by the Sony Xperia X Performance, but only by its 23 megapixels. The iPhone 7 and Samsung Galaxy S7 offer 12 megapixels compared to the 13 MP of the Xiaomi Mi 5 and the 16 MP of the LG G5. But the megapixels are not the most important thing, and here the Samsung Galaxy S7 stands out for its f / 1.7 opening with the iPhone 7 and LG G5 and its f / 1.8 behind, and the Xperia X Performance with an f / 2.0 aperture.

In addition to the above, on the front again the Samsung Galaxy S7 surprises with its 5 MP and f / 1.7, while the Sony Xperia X Performance has 13 MP and f / 2.0 and the LG G5 is right behind with 8 MP and f /2.0. Of course, the iPhone 7 also highlights with its 7-megapixel camera and aperture f / 2.2. And any of them record in Full HD, including the Xiaomi Mi 5 with its 4 megapixels.

Apple has beaten all its competitors in internal memory, but that is not a complete victory either. It offers versions of the iPhone 7 with 32, 128 and 256 GB maximum. And Samsung, although only with 32 GB of internal memory, allows a micro SD up to 256, exactly the same as the LG G5 and Sony Xperia Performance. Therefore, the total maximum is noticeably higher, while the Xiaomi Mi 5 is only left in the option of 64 GB of internal memory.

The connectivity is not too disparate for high-end devices, but again the iPhone 7 is behind. All are compatible with 4G LTE category 9 networks, Wi-Fi ac and Bluetooth 4.2 LE low power, except the Xiaomi Mi 5 Plus that stays with Bluetooth 4.1. T all of them feature NFC except the iPhone 7, which you can only use for Apple Pay. It adds the A-GPS with GLONASS for all of them, and the LG G5 and the Xiaomi Mi 5 Pro take the head ahead of their rivals with the infrared port.

And with the arrival of the iPhone 7, Apple finally has bet on water resistance according to IP67 certification. That is to say, it can withstand a maximum of one meter of depth and for half an hour maximum, against the IP68 of the Samsung Galaxy S7 or Sony Xperia X Performance, that resist the same time, but with a maximum depth of one and a half meters.