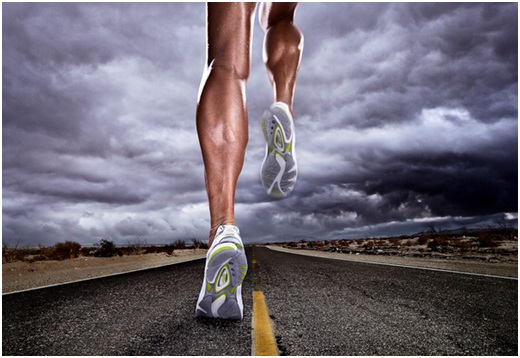 Varying levels of fatigue is common among athletes and sport enthusiasts. There are many reasons why fatigue occurs in the sports industry, such as stress, overtraining and even terrain etc. However, many sportspeople (particularly female athletes), are experiencing levels of fatigue due to an iron deficiency that they are completely unaware of.

What is Iron Deficiency?

Iron deficiency anaemia occurs when there is a lack of iron in the bloodstream. This lack of iron means that there is less blood cells (haemoglobin) present in the body, which in turn, leads to a struggle to carry enough oxygen to the bodily tissues and muscles that require it the most during exercise. This results in degrees of fatigue and tiredness. It is most commonly present in women because women lose iron during their monthly period.

The NHS reports various symptoms of iron deficiency anaemia such as nausea, tiredness, fatigue, shortness of breath, infections, itchy skin, headaches, pale skin, muscle burning and others including a difficulty to swallow and a sore tongue.

Your sports performance will suffer if you don’t have enough iron in your body. This is because your muscles need oxygen to perform at optimal levels and without iron to produce red blood cells in the first place, there won’t be enough oxygen reaching these areas of the body.

Exercise and certain sports demands an additional supply of iron, since some of it will be lost through sweat etc. If you are a frequent sports player, you may have come across the term “sports anaemia” from time to time. This basically refers to iron depletion in the sports industry and among various athletes suffering from iron loss.

According to Active, additional iron is essential for athletes because of a phenomenon called haemolysis. This refers to the process of damaging the red blood cells when the feet pound against the hard ground during exercise such as running. This is quite a common occurrence amongst runners and those training for marathons and cross country runs etc.

You can replenish this loss of iron during sports and physical activities by taking some much needed iron supplements. As an athlete, your best option is to choose an iron supplement that contains the right formula to avoid common gastrointestinal side effects such as constipation and nausea. You can find these miracle-workers available via blueiron.co.uk. Now you can work out and train harder without worrying about fatigue and tiredness slowing you down!