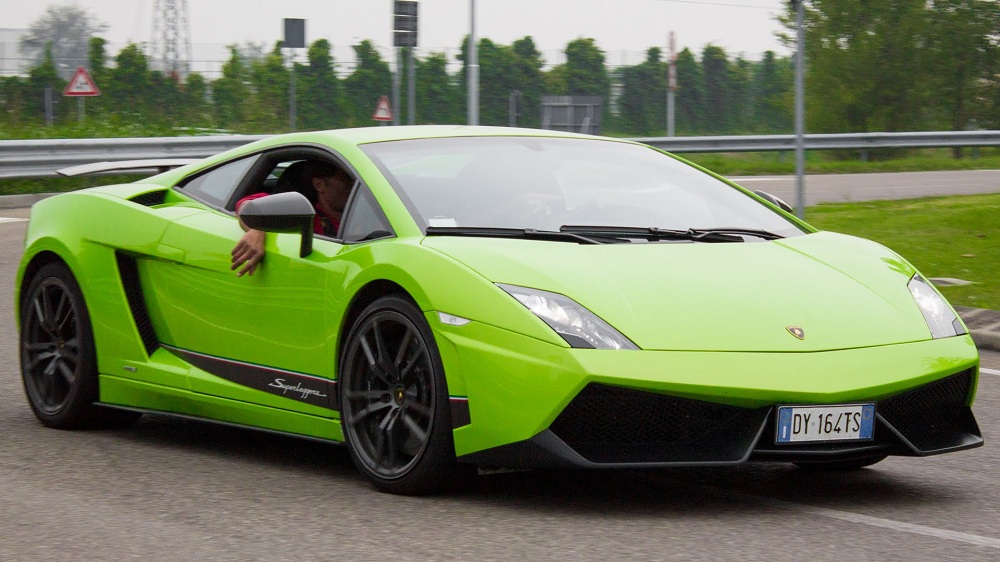 The exaltation of rage is called GT3 RS, the exaltation of fury, Superleggera. The acronym RS makes, based on the GT3, a car of daily use intended for the circuit. The Superleggera is a clear opponent of the Ferrari 458. Aesthetically, the thing is clear: while the Porsche, which incorporates the Clubsport as standard, will touch the heart of racing fans, Lamborghini managers think more about those who prefer to boast about the elegant boulevards of your city.

Respect, fear, and panic: This way you can define the sensations of anyone who is not called Walter Röhrl before a supercar. And more when this comparative was realized, since a front of cold and rain threatened Bologna (Italy) like Atila with its horde of Huns.

Crouching, twisting: The cabin of the Superleggera is a narrow chamber that seems designed for fibrous types of small size, but that: luxury ennoblece to the last detail. The skin, the Alcantara and the carbon take care of it. And not to bore the eyes, colorful contrasts here and there. The brake calipers are painted in an orange as striking as the body of this missile that seems about to be launched.

Superleggera is the surname that the Italian brand puts to this variant, that in Ufficio Tecnico has been stripped of 70 kilos of weight. The rear window and the windows are no longer glass, but molded polycarbonate. The LEDs on the nose are surrounded by carbon fiber. You will also find this material (laminated, yes) on the rear spoiler, side stirrups, rear diffuser, undercoat and front grille. Inside the operation are completed lightened door linings, superfine seats and a slim console. The result of the diet: 1,340 kilos of weight.

The Lamborghini, despite this cure of thinning, has not had to give up anything; The Porsche is directly a licensed road race car.

The beautiful body of the German has been emptied to leave only the essential. No climate control, rear seats, radio or central locking. Instead, roll bars, lightened doors, a plastic center console and a lightweight Spartan steering wheel. Altogether, with the thinned rear wing and the exhaust silencers Titan, the car lowers its weight up to 1,395 kilos.

The screwed seats of both models guarantee a pain of kidneys that will last the rest of the day. The fliers barely reach three laps between stop and stop. And the engines of the two beasts turn to the infinite like two dogs of prey that fight to be freed of its leash, emitting a sound as intoxicating as chilling with which a Ferrari 08/15 alone could dream.

Inside the meager engine of the GT3 RS brama unleashed a 3.8 liter boxer that offers 450 hp to 7,900 laps supported by a six-speed gearbox. The 15 HP that wins the original model is due to air ducts of greater section and lower dynamic pressure. The maximum torque remains at 430 Nm, but now at 6,750 rpm, which brings you 500 extra turns. As for the 0 to 100 km / h, it surpasses in a tenth until remaining in the 4 seconds. The maximum speed, due to the front skirt and the “voracious” transmission, drops from 312 km / h to 310 km / h.

The Gallardo looks more on paper, as it has better weaponry than the Porsche: 10 cylinders instead of 6 and 5.2 liters instead of 3.8, giving you 570 hp of power and 540 Nm of maximum torque. The 10 CV of more that gives the reprogramming allow this gross molto machiner to reach the 100 km / h from stopped in 3.4 seconds and to continue accelerating until reaching its maximum speed of 325 km / h. Of course, it takes advantage of the high grip that gives it its integral traction and its very fast change E-Gear. And all this leads him to rampage also in the 0 to 200 km / h, where he overtakes the German in 1.4 seconds.

The Porsche is a fascinating combination of the archaic and the ecstatic. Archaic for its clutch, which is like stepping on a concrete wall, by the almost rough response of its engine and the hard touch of its brakes. Exhausted by the sound of radial saw that give off its six cylinders, its intuitive direction, which communicates even at the tips of the fingers and its chassis perfectly adjusted.

His rolling is spontaneous, direct and transparent. Their change, with very short ratios and the engine, with an overwhelming capacity to climb turns, complete a set whose sole objective is to raise the doses of adrenaline. Do you still want more strength? Just press the Sport button and you will receive an extra 35Nm between 3,000 and 6,000 rpm.

The Superleggera is more accommodating than the GT3 RS. Navigation system, sound system, steering wheel cams, on-board computer, automatic mode, It does not lack anything. But do not lead to deceit: this bull must be caught by the horns. For example, when you press the Corsa button and deactivate the stability control. From the beginning it seems as if a chill runs through the monocoque chassis, the whiplash at 8,400 rpm will leave a slight trauma in the back of your skull; Pirelli tires leave their mark on the asphalt at every gear change if you step on.

The Porsche has a very rigid taring, but its ultralight front train keeps the shapes. The Gallardo, meanwhile, has a firmer roll, which does not mean that he react nervously; It seems that he is continually about to leap over his prey.

It sounds chaotic, but just look at this simple rule of three: wide tracks, long battle and a low gravity point. While the GT3 RS uses a larger set of wheels behind (325/30 R 19) to dominate the beast’s reactions, the signore Gallardo fits a more discreet soles (295/30 R19). And in the end it achieves precise guidance; power per trajectory is equal to the ideal stroke in each and every one of the curves.

Very different from the volatile 911, in which the red inscription of the body honors its behavior, with a precarious weight distribution that is compensated with an outstanding stability of its direction. That yes: to taste your limits, you will need a lot of space on the circuit, a lot of bravery and a lot of confidence in the grip-thrust-angle-turn relationship.

Respect? Clear. On paper, this naked Porsche of Zuffenhausen costs 164,578 euros, the wild orange of Sant’Agata part of the 229,336 . The price includes as standard the rise of pulsations and sweat on the forehead and back.

Fear? Only during the last 25 kilometers of the test, where it began to rain heavily.

Panic? Total, when in the mirror of the Italian I noticed the incredible crusades of my German opponent.

In the end, we crossed ourselves a couple of times, ordered a couple of Campari with soda and decided that there was not a winner in this test. Because, more than anything, there is no clear loser. It is impossible.

The Porsche is a latent challenge, a permanent provocation, a constant struggle against one’s own ego, brings out the savage that we all carry inside. The Lamborghini is a dandy with sharp knife manners and supercar genes, an all-wheel drive artist,  Usain Bolt up-to-top Armani cologne. Both are two delicious follies that surpass in 30,000 dollars to its models of origin, the GT3 and the Gallardo LP 560-4. They are wonderful.

Who can think of it? The GT3 RS is even louder and more striking than the Superleggera. But the Gallardo is stronger, more brutal and clearly faster. The two are fascinating: the surprisingly manageable nineonce and noble, until reaching its limit, Lambo. Two cars that awaken in you that joyous pain of belly when piloting them.