There are some fantastic game shows on TV right now but can they live up to some cult British classics?

3-2-1 was a big hit in the 1980’s and had a staggering 16.5m viewers waiting eagerly to see if the couple could work out the cryptic clues and win a car or go home with the booby prize, Dusty Bin.

Blankety Blank was a show that was so influential that anyone over a certain age can instantly start singing the tune. There are plans to revive this show as it hasn’t been on the air for well over a decade.

The Crystal Maze was a nineties cult favourite hosted by the brilliant Richard O’Brien. It was the most watched show on Channel 4 and saw teams enter 4 different zones to gain time to spend in the Crystal Dome at the end. The show’s 6m viewers would undoubtedly like to see this one return to the screen. 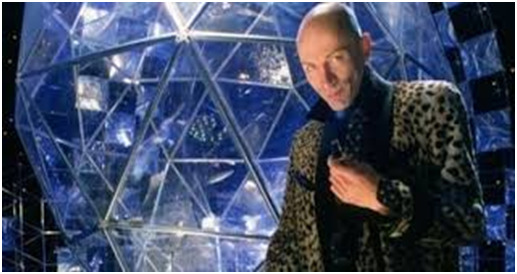 Crackerjack was a kid’s hit and Friday’s at 5pm were a special time as we welcomed in the weekend with all the noise and fun of this show.

It’s a Knock Out recreated Sport’s Day for grown ups and saw teams representing towns compete in games and general silliness whilst wearing daft costumes and falling over.  If you are longing to recreate the fun and frenzy then take a look at this Tornado Sweeper Arm Game at http://www.gsrodeobulls.com/shop/tornado-sweeper-arm-game/

Bullseye was presented by Jim Bowen, a darts throwing quiz, that was hugely popular back in the 1980’s. ‘You can’t beat a bit of bully’ became a well known phrase. Saturday’s night just weren’t the same after Blind Date finished. This iconic show hosted by Cilla Black, was a huge hit featuring singles trying to find true love. The cheesy answers, the trips abroad and the success and horror stories all made this addictive viewing.

Currently there are some very entertaining game shows such as The Cube, Pointless, The Chase, Million Pound Drop, The National Lottery and Golden Balls. The prizes these days are certainly a lot more impressive than they were back in the eighties and nineties. However, there was something very special about games shows from the seventies, eighties and nineties. Before the digital era, Saturday nights were a time when family sat down together and these shows almost became a ritual of family life and part of the cultural fabric of Britain.

Many families still sit together to watch game shows on a regular basis but with many people checking mobile phones and tablets or working at home on PC’s, it’s too easy to disappear into a virtual world and not really spend time with the people in our home. TV just doesn’t seem to hold the same awe and excitement as it did back then due to so many alternative means of entertainment. Now TV has to battle with game consoles, tablets, phones, hundreds of cable channels and online film streaming.