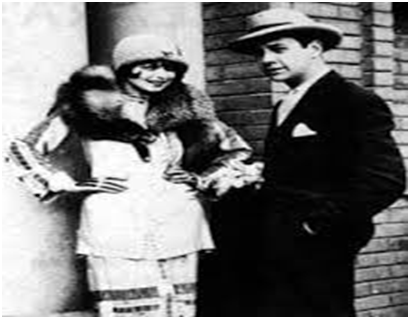 The history of fashion design appears to start with a chap named Charles Frederick Worth who was the first designer to sew his label into the clothes that he created. This was in the 19th century and he was the first to run a large business, in the modern sense, in Paris and employed many tailors and seamstresses.Worth was a former draper and had the ability to set fashions for his customers as he had many royal connections. Worth was aided in his success by Napoleon as in 1853 he proclaimed that no visitors would be permitted to his court without formal dress. This meant that Worth had no end of custom and the popularity of his garments was incredible.

Practically all fashion at this time originated in Paris and secondly London.Fashion writers were sent to the shows in Paris and buyers were sent there too to buy garments for the purposes of stealing the designs and copying. At the start of the 20th century, it became commonplace for fashion magazines to begin incorporating photographs and such magazines became highly sought after and desired. This was the birth of fashion media and the public wanted to replicate the styles that saw.

The time between the two World Wars has often been referred to as the Golden Age in French fashion. Advances in technology saw cars replacing carriages and the rise of film meant that haute couture had a new outlet in Hollywood actors and actresses. The 1920’s saw women losing the long hair and corsets and adopting a more boyish style, featuring short Bob haircuts and shorter dresses with no waistline. Sportswear became unisex and popular with Coco Chanel making the athletic look very stylish. In menswear there was a growing inclination towards comfort and relaxed well-dressed styles. Short suit jackets, sportswear and sweaters became all the rage. For Mens Designer Clothes, visit http://ejmenswear.com/.

During the economic and political troubles of the 1930’s and 1940’s, many of the Paris fashion houses closed and the hold that the city had enjoyed over haute couture began to decline. Some designers moved to the United States. From the 1940’s on, the US grew in prominence as a centre for fashion design. Actresses of the time had a significant impact on trends, including Marlene Dietrich, Katharine Hepburn and Rita Hayworth.

Fashion designers were popping up all over the place during the 1950’s and this decade would be the last time that Paris held such power over haute couture. The arrival of the 1960’s saw many designers offering many different types of fashion and choice became an option for the first time. London grew in stature as a trendsetting city with Mary Quant launching the mini skirt and the general style of the time featuring neat, simple, colourful designs.

Menswear was now available in a variety of fabrics and jeans were spreading in popularity. It seems that the huge shifts in society across the world caused by two world wars had shaken up the establishment in more ways than one. It seemed to have ushered in a new era for fashion design and making garments available to people that it had never been available to before. Rather than uniformity, the 1960’s and 70’s rang in a new era of individualism and expression that we’ve appreciated ever since.