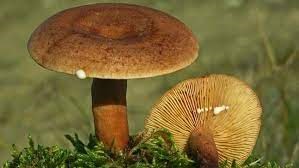 Oak trees are one of the most well known and loved trees in Britain. They have been worshipped for centuries for their strength and stability, and the timber from oak trees is highly prized for building, and still is today. Even in the modern world oak trusses from places like Timberpride are highly sought after in the construction industry.

As well as being useful for our homes, oak trees also are important to the homes of many species that live in the woodlands. Hundreds of species take shelter, raise their young and find food on an oak tree, and from the roots deep in the soil to the tops of the canopies, this is a tree that is bursting with life. 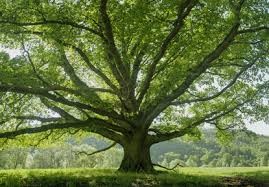 As well as the many birds, mammals and insects that rely on these beautiful trees, there is also another, often overlooked organism that relies on the oak tree for survival and plays a huge part in the success of a whole ecosystem. The oakbug milkcap…

Fungi are not one of the first things that many people think of when they think of a beautiful woodland, but they are of huge importance. In fact, we still don’t fully understand all of the ways in which they work, but it is now well known that they form a kind of network which is beneficial to the health of the forest and is a way of communication.

The oakbug milkcap is a type of fungi that is exclusively found near oak trees. They are not as bright or dazzling as many other types of fungi like the fly agaric – the mushroom that many of us think of as the traditional fairy toadstool.

The oakbug milkcap is a much less striking looking fungi to look at. It is a reddish-brown colour and measures around 7cm across. The top starts to flatten and sink with age and becomes darker. Something that gives away for certain the species of this fungi is the smell. It is usually described as unpleasant and oily, and by some likened to bedbugs. Despite this smell it is in fact edible, as long as you cook it. Some say it tastes delicious and others dislike the taste – the marmite of the mushroom world!

As well as the fact that this fungus is reliant on the oak tree, the oak tree also benefits from the fungi. The relationship that it has with the roots of the tree benefits the tree by improving the soil and the nutrients that enter the tree’s roots. They take sugars from the roots whilst giving in return nutrients and moisture. This is something that we are learning more and more about, as not only these fungi, but many others all play important roles in the health of a whole woodland and have a co-operative relationship with the trees.