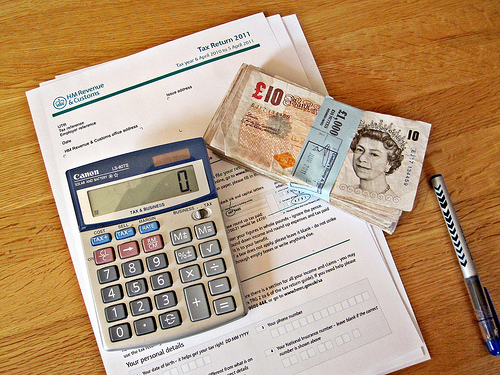 IR35 is one of the most feared parts of the Finance Act because it far more ambiguous than other parts of the law and therefore open to individual interpretation.

Any self-employed individual in theory could fall foul of IR35, but the workers most at risk are those operating a limited company.

Much has been written about the factors which could result in your contract being viewed as ‘disguised employment’ but what makes HMRC launch an investigation?

Here’s a guide to some of the factors which could leave you vulnerable to a closer look from the taxman.

If HMRC decides to take a further look at your accounts and queries whether you fail the IR35 criteria, it may not be because there were any red flags with the information you submitted.

Some individuals are simply chosen at random, just like any other kind of audit. It is known that the taxman picks one out of every 1000 tax returns to look at more closely, a selection which has no scientific basis. You could simply therefore be one of the unlucky few HMRC chooses to review more closely!

If your number comes up, HMRC could – and often do – opt for a full review. Unlike an aspect review, it means you will be asked to provide copies of all of your information so the whole set of your accounts can be checked.

However, simply being on the wrong end of a lucky dip is not the only way in which you might find your business being scrutinised by HMRC for IR35 compliance.

The taxman has a number of criteria it uses in order to flag up cases which could be deemed to have a higher risk of being disguised employment rather than true contractor status.

HMRC keeps the exact nature of the flags it uses a closely guarded secret but in a statement to a trade body for contractors had this to say:

“Any individual who provides his/her services through a service company to an end client potentially falls within IR35. HMRC seeks to narrow those cases subject to investigation by considering a range of factors, including, but not exclusively, sectors, engagement patterns and the nature of the service company.”

Therefore, whilst it is not possible to say definitively every scenario which might cause HMRC concern, there are a few more obvious indicators a tax inspector may look for.

The primary concern under IR35 is that the individual is not really self-employed and has only set up the company to disguise the work he is doing on an employed basis, thus avoiding paying proper deductions under the PAYE system.

If an individual truly is in business, you can expect them to be active in promoting their business to attract customers, making investments to improve the company, perhaps having their own property (of whatever type) as well as having a company logo and headed paper.

On the flip side, an individual who is using IR35 to disguise the fact that he is doing the same work as when he was employed, will be making very little attempts to grow the business and will not be required to invest in purchasing his own equipment, materials or products.

With this in mind, one of the most significant red flags HMRC look for is the deductions on a set of accounts. A return with very low deductions could indicate that the individual is simply working for some-one else, on their premises, and using the company as a ‘vehicle of convenience’.

On the same subject, not having any other workers on the books can also be a sign that your company is simply a cover for your employment. Whilst it is entirely possible that you could be a contractor without assistance from any other workers, this could raise a flag to the taxman to look at you more closely.

Failing to appear professional in correspondence with HMRC can be another indicator that you aren’t used to acting as a business in your own right. For example, whilst not every small company may have headed paper, if you do get some, you immediately will appear better equipped to transact in the world of commerce and less likely to attract attention.

Finally, as a business you would normally need to have cover such as professional indemnity insurance in place. If you don’t have this, HMRC might seriously question whether you really are ultimately responsible for the work you are performing and invoke IR35.

Even if you operate a genuine company, no-one really wants the hassle of a full HMRC investigation, especially as the IR35 legislation can be rather contentious at the best of times. One way to help protect yourself is to get a good accountant to complete your tax return. This will ensure that your accounts are as professional as possible and that you have expert advice on how to ensure you are complying with the IR35 legislation.