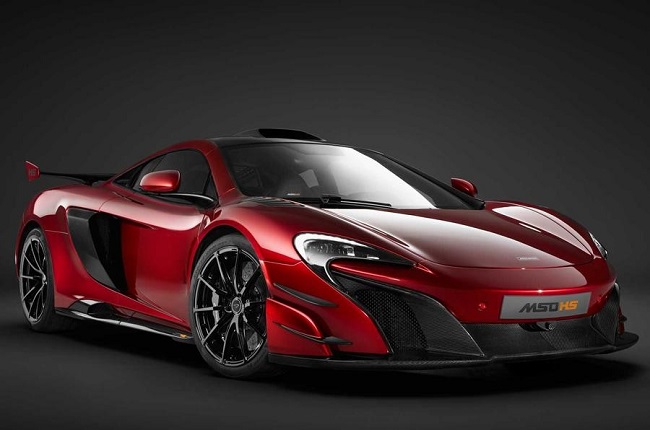 It seems lately that McLaren have been proposed dazzle, after drooling for a while with the McLaren 570GT by MSO Concept, the department of special operations has been reported in the Monterey Car Week to his latest creation, an even more interesting and spectacular car sports from evolving.

The named McLaren MSO HS (for High Sport), which we could see a little preview this week, takes the basis of McLaren 675LT and complements it with a few tweaks that make it more effective and more aggressive aesthetically circuit. And the best thing is that yes it can buy it because it is part of a run of 25 units.

Outside, the MSO HS receive a new aerodynamic kit that includes front and rear bumpers new bill, a new deflectors on the sides of the front, side skirts, a new air intake on the roof, air intake and front hood. All made of carbon fiber with a finish that makes you want to bite good look of it.

Inspired by the impressive McLaren P1 GTR, also adopts a new rear wing with a more than generous capable of increasing the downforce of 220 kg at 240 km / h dimensions.

Inside the cabin and intended to save weight, MSO have replaced all leather upholstery alcantara (-3.5 kg) and standard seats have been changed for a sportier carbon fiber (-15 kg) with four – point harnesses. The upholstery on this occasion discreet gray and black colors is entrusted with stitching to match the exterior paint.

The weight reduction also contribute a new glass for the side windows, which ensures that McLaren are the lightest has ever produced, and the engine cover is made of polycarbonate. The wheels are also new and lighter than the original, and enclose a carbon game discs.

Under a new cover carbon fiber, the M838TL McLaren engine is the same V8 biturbo the original but revised to produce 13 additional horses, a total of 688 hp and 700 Nm of torque, which are delivered to the rear wheels through a automatic gearbox with steering wheel paddles seven speeds.

As a nod to the fans of track days, the McLaren MSO HS comes standard with three cameras that will capture the best moments rolling track (one on the front fender, another in the back and another on the shoulder of the driver) and display a juicy amount of information along with the McLaren Telemetry Track (MTT).

This system monitors real-time lap times, partial, fastest laps and, outside of the track, analyze data using GPS and shows where you can improve.