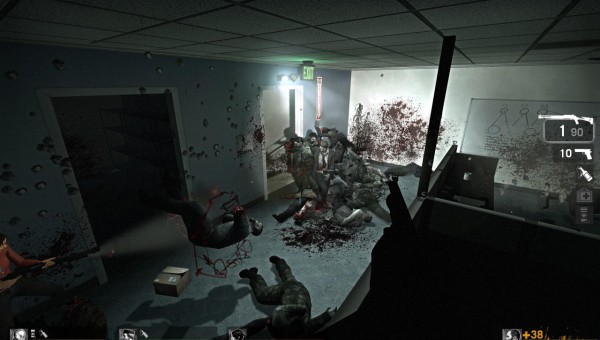 The term ‘asset management’ refers to a system that keeps track of the value of assets both tangible (such as plant equipment) and intangible (for example intellectual property).  In the case of businesses, fixed asset management refers to an accounting process wherein the contents of the office (especially the particularly large and expensive items such as furniture and laptops) are recorded and monitored in order to keep an eye on their location, condition, quantity and any potential depreciation. So, bearing in mind the importance of the latter in particular in fixed asset management, what sort of asset management nightmare scenarios might occur in a [not so average] office?

Making sure your fixed assets don’t get damaged in the course of a zombie apocalypse would be a nightmare. I mean, just look at all those video games that feature apocalyptic settings; there’s almost always an office level, and if it’s not totally trashed by the time you get there then it almost certainly will be by the time you and your friends have rampaged through in an effort to escape the flesh eating horde. Considering the sheer amount of blood, gore and gunfire that tends to go hand in hand with most depictions of zombie apocalypses, it’s really quite likely that the board room table is going to end up being ruined in the process.

This one isn’t so outlandish. In fact, many would consider it a very real threat. Depending largely on how much alcohol is available (and arguably also the quality thereof), an office can come out looking rather worse for wear following a party being held there. Bathrooms can be ruined by drunken attempts to use them, bins and plant pots filled with things that they really, really shouldn’t and, at worst, furniture broken by misuse or outright abuse.

While zombie apocalypse could potentially be seen as coming under the umbrella (see what I did there?) of this admittedly rather general subheading, it’s the science aspect I’d specifically like to focus in here (not that some zombies aren’t created by science, of course). Whether it’s the release of a deadly virus/gas/genetically modified monster or technology going haywire (usually as the result of a genocidal rogue AI, of course), the office – and its workers – inevitably bear the brunt of the ensuing chaos. Offices often end up getting looted, blown up or even used as makeshift bases if impromptu bunkering is required; none of these are particularly good for preventing depreciation.