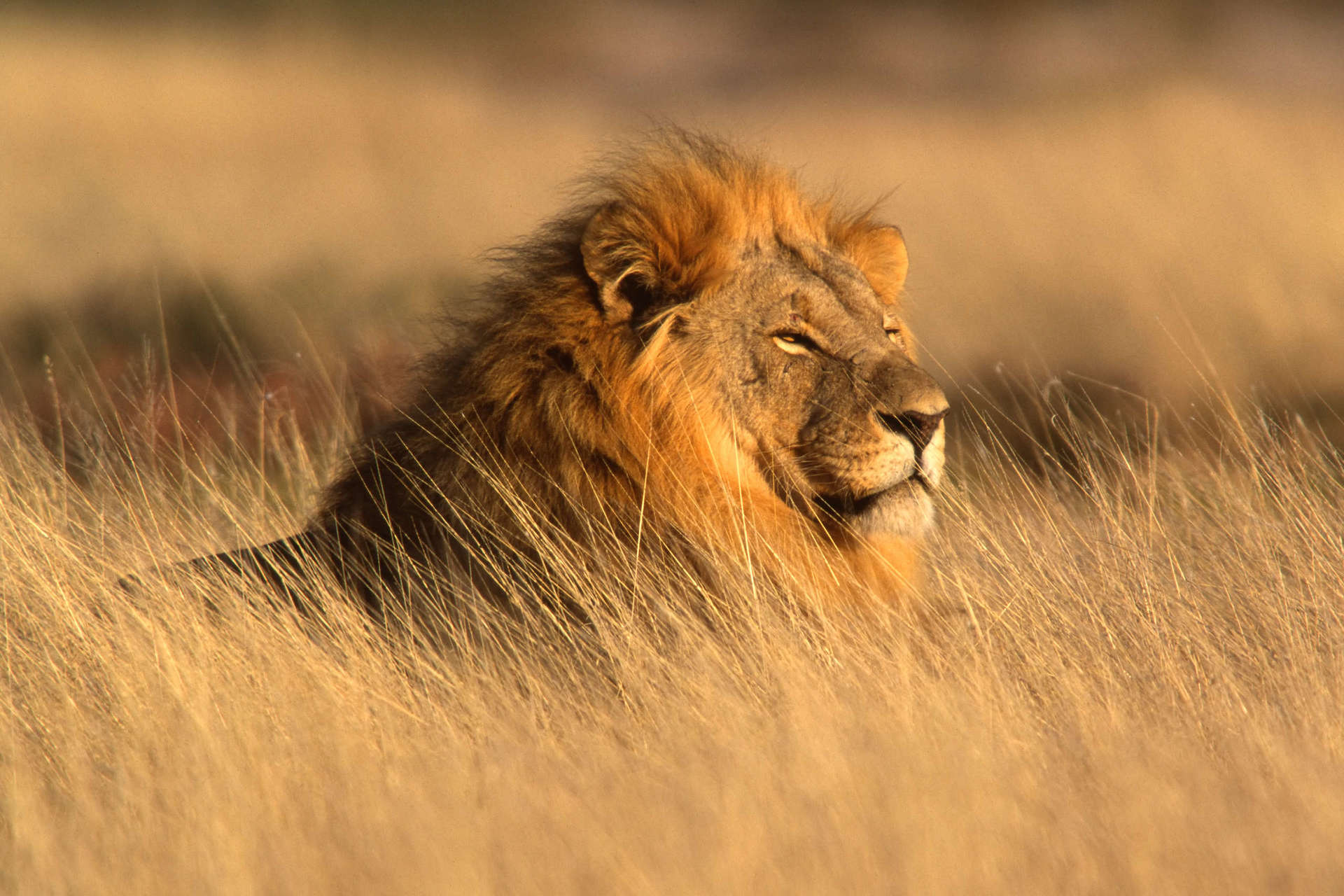 In its history, Earth has been hit by five mass extinctions unleashed by natural or cosmic causes; This time the man is responsible.

Extinction is a word that often conjures up images of tyrannosaurs, velociraptors, or broad-brimmed pterosaurs. We all have some notions about the time when these gigantic reptiles roamed the planet and, in general, we feel an almost morbid fascination for their teeth and claws. Obviously, we all also know that they no longer exist. They became extinct 65 million years ago, in the Cretaceous, when a fireball crossed the skies and struck violently against the surface of the planet.

This was the last but not the worst of the great extinctions. That dubious honor corresponds to that which occurred 250 million years ago in the Permian, so massive that it is known as the Great Death. Another three occurred at different times, since 3.8 billion years ago for the first time life. Now, everything points to the fact that we are in the front row of the sixth great extinction.

Now, everything points to the fact that we are witnessing in the front row the sixth great extinction

It was 1998 when a survey conducted by the American Museum of Natural History in New York first sounded the alarms. “Most biologists in the country are convinced that a mass extinction of animals and plants is under way,” read in early April of that year in The Washington Post pages. According to the museum, seven out of ten biologists said that a fifth of all living species could disappear in less than three decades and that the rate of disappearance was greater than at any other

One would imagine that, in the face of such dramatic predictions, political and social decisions would be made, but this was not the case. The survey had only the opinion of four hundred experts and there were few who questioned the conclusions. Without solid data to support the argument of extinction, the matter was forgotten, until things took on a much more serious tinge.

Have alarmist estimates been made?

Today, the United Nations-sponsored Millennium Ecosystem Assessment program estimates that between 150 and 200 species are extinguished every day. And the International Union for Conservation of Nature (IUCN) says that 41 % Of amphibians, 33 % Of corals, 34 % Of conifers, 25 % Of mammals and 13 % Of birds. Despite this, articles are still written, as one published in the journal Science in 2013, which states that these data are nothing more than “alarmist estimates.” To rigorously assess this issue is not an easy matter.

To begin with, we are not even sure how many species exist. The United Nations Environment Program (UNEP) estimates that the most reliable data are from a study published in the journal PLOS Biology in 2011, which claims that there are 8,700,000 species. An immense amount if we consider that only a million and a half have been cataloged. In addition, to know their rate of disappearance, it is necessary to know the current extinction rate and the speed at which they were extinguished in the past. Information very difficult to obtain.

To declare without a doubt an extinction is a challenge. There are examples of species that, although considered extinct, returned from the dead. There are also cases such as that of the Tasmanian tiger, whose loss is well documented, but which, even so, supposedly sighted from time to time. In addition, to specify the average rate of disappearance of species in the past, known as the rate of extinction of the bottom, we must resort to fossils, with all the difficulties that entail.

In early 2015, a group of experts from Stanford, Princeton and Berkeley universities, led by Gerardo Ceballos of the Institute of Ecology at the Autonomous University of Mexico, decided to put the To a more or less definitive conclusion. Is it true that the rate of extinction has increased in recent decades? According to his results, yes.

To eliminate any possibility that their estimates were considered exaggerated, the experts limited the analysis to the best-studied group of organisms, vertebrates. In addition, “we use very high background extinction rates, which minimize the difference between the current ones,” explains Ceballos. “And we only took into account,” he continued, “species whose extinction was assured, not including others that are likely to have been lost, even if we are still not sure.”

Until today, no study had followed such conservative patterns, nor yielded such disheartening results. “We did not expect them to be so bad,” Ceballos confesses. According to the article published in Science Advances, nine species of vertebrates would normally have disappeared since 1900. However, we lost 468 among mammals, birds, reptiles, amphibians and fish.

“It is a number that in other circumstances would have taken between 800 and 10,000 years to disappear,” he says. We are facing an extinction rate a hundred times higher than normal and “if we get such a high value using a conservative approach, which certainly minimizes the problem, then the situation is really serious,” Ceballos says. Anthony Barnosky, a professor at the University of California at Berkeley and another of the authors of the study, proposes a simple exercise: “Look around you and everything you see kills half.”

Man invades every corner of the planet

This is the true dimension of the problem and, for the first time in Earth’s history, the force behind this disaster is not climate, volcanoes or a meteorite. Homo sapiens is responsible. An article published in mid-June 2015, in which Barnosky also participated, details why and how we have succeeded in destabilizing the biosphere in such an incredible way. It is easy to summarize: “There is no place on Earth that has not been altered by humans.”

The American Geological Society points out that we have transformed half of the available soil and left little more than those of the deserts, the tundra, the great mountains and some other piece of forest. In addition, so much carbon dioxide was never released into the atmosphere. It is unprecedented and so geologically unusual that, as recently explained by several experts in the journal Oceanography, it is likely to make this period “one of the most remarkable, if not cataclysmic, of the history of the planet.”

Perhaps we have become insensitive to a problem that we only see in the long run. But we must begin to worry, because we already live with “extinction rates comparable to those that existed when the dinosaurs disappeared, ” Barnosky says. And such a dramatic loss of biodiversity will jeopardize our own survival.

The vast majority of current species, including ourselves, evolved to cope with the climatic conditions that have existed for the last two million years. However, from now on, they will have to face very different scenarios. “The average temperature will probably be higher in 2070 than at any other time in human evolution,” adds the expert. If the warming continues at its pace, by the year 2100 will reach the highest temperatures of the last fourteen million years. It is unlikely that the adaptations and survival strategies that favored the present species will be of great help to them.

According to an article published in the journal Nature, if no measures are taken to mitigate climate change, between a 38 % And a 52 % Of species will disappear. In fact, we have gone so far that some changes are already inevitable, and are likely to condemn to a 22 % And a 31 % Of living beings. The current warming is so fast that no species will have time to adapt.

The only possibility, according to studies by Ken Caldeira, an ecologist at Stanford University, is that plants and animals move, to accompany their ideal temperature range. Some are already doing so: in the Andes, data collected by Kenneth Feeley, a tropical biologist at Florida International University in Miami, reveal that plants of the genus Schefflera are moving in the mountains at a rate of thirty meters per year.

Unfortunately, according to Caldeira, to accompany the fast pace of climate change would have to climb ten meters a day. Maybe some living thing does, but the odds are slim. Even animals that move easily face cities, roads, dams or deforested areas, barriers that fragment the habitat and impede their progress.

A mass extinction supposes, in technical terms, the disappearance of the 75 % Or more of the planet’s species in a period of less than a million years. From the geological point of view, it is certainly too much in a very short time. But, for us, with a reduced life expectancy, it is neither monumental nor notorious. “Most people have no idea that there is a problem, ” Barnosky laments.

The cycle of life, at stake

Even those who are aware of it do not get too scared. What does it matter if there are lions in Africa or frogs in Panama? But the truth, says the expert, is that “for an ecosystem to be able to maintain balance, it needs species because diversity ensures resilience (ecosystem’s ability to overcome difficulties).” When a species extinguishes, this delicate balance disappears, which causes a cascade effect that threatens many others.

“Although we often forget, our survival depends to a large extent on the biological and geochemical systems that regulate the planet,” says Barnosky. All species play an important role. Biodiversity is one of the factors that sustain an infinity of resources that man needs to survive. Food, drinking water, wood, fibers, fuels, and medicines are just a few examples of so-called ecosystem services. And any change that affects biodiversity can put access to these resources at risk.

An example: what would happen in Africa if there were no lions? Without a large predator on the prowl, the number of herbivores is likely to rise uncontrollably. More mouths eating plants would give rise to important changes in the landscape, a gradual degradation of vegetation cover, soil erosion and an increase in diseases related to parasites such as ticks, very common in these animals.

It would not be the first time something like that has happened. Towards the end of the last Ice Age, almost all regions of the world were inhabited by animals that, to this day, would be considered gigantic. Mammoths, saber teeth or huge sloths disappeared, gradually, in a series of pulses of extinction that some scientists relate to the arrival of humans in their territories.

In Australia, large herbivores became extinct 41,000 years ago. Without large animals that consumed the vegetation, the forests grew and accumulated organic matter. The fires were more frequent and, according to the sediments of that time, they caused drastic alterations in the landscape. Where previously leafy tropical forest species flourished, plants adapted to drier climates and with greater tolerance to fires, such as acacias, began to predominate.

“In two hundred years,” argues primatologist Jane Goodall in the newly released documentary Racing Extinction, “people are going to look back at this particular period of history and ask themselves, ‘How is it possible that The people of that time would allow all these wonderful creatures to disappear? ” For most scientists, “the huge environmental problem we face comes from the excessive growth of the human population.