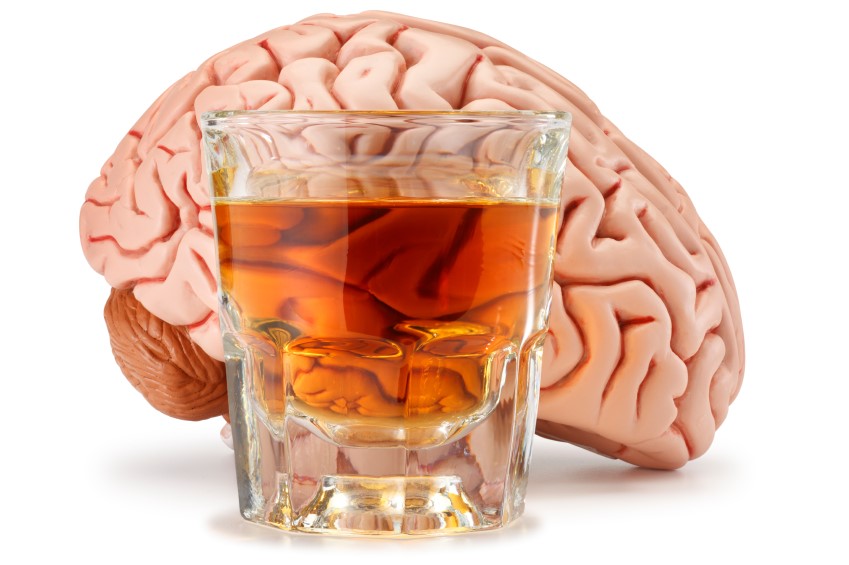 Alcohol affects the brain quickly as it enters the blood. In healthy people, the liver is effective at filtering out the alcohol, aiding the body to rid the intoxicants. However, if a person drinks too much alcohol, the liver is unable to filter the alcohol quick enough, resulting in instant changes inside the brain.

During a prolonged period, consuming too much alcohol is damaging to both the heart and brain, resulting in permanent damage. 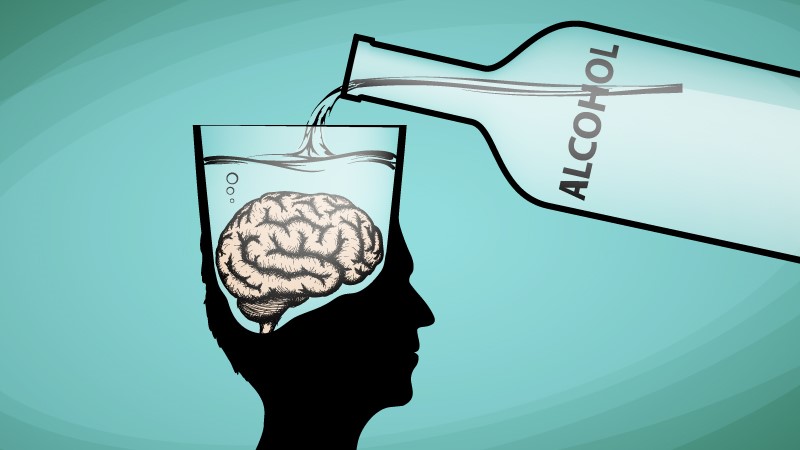 Drinking too much alcohol has a negative impact on neurotransmitters in the brain, reducing their effectiveness or even imitating them. Alcohol also destroys brain cells and forces brain tissue to contract. Some people with a history of excessive alcohol will develop nutritional deficiencies that cause further deterioration of brain function.

The symptoms from brain damage related to alcohol depends on a person’s overall health, how much they drink, and how well their liver functions, among other factors.

Once the alcohol enters the bloodstream, changes occur in how the brain functions. Alcohol consumption can cause temporary effects, such as the following:

Unable to plan or organize

changes in concentration and focus

changes in the energy levels

Ethanol in alcohol acts as a toxin. If the liver is unable to filter the toxins in a fast enough manner, one might see the signs of developing alcohol poisoning or an overdose. An overdose of alcohol affects the brain’s ability to maintain basic life functions. Untreated alcohol overdoses can be fatal. A large alcohol overdose can cause permanent brain damage even if the person survives.

The higher a person’s blood alcohol concentration, the higher the risk of an alcohol overdose. Heavy consumption of high-alcohol drinks are more likely to cause alcohol poisoning. People who have a smaller body, drink alcohol less frequently, or have a history of liver disease are also more susceptible to alcohol poisoning.

What is Korsakoff syndrome?

One type of damage to the brain associated with alcoholics is Korsakoff’s Syndrome. Korsakoff’s is often seen after episodes of Wernicke encephalopathy, an alcohol-related acute brain dysfunction.

The two conditions, together called Wernicke-Korsakoff syndrome, occur in people who have a deficiency of vitamin B-1, also known as thiamine, caused by excessive alcohol consumption. For more information on What is Korsakoff Syndrome, visit a site like ARBD.

Some of the symptoms of Wernicke’s encephalopathy include:

confusion and disorientation that continue beyond the period of being drunk

difficulty moving the eyes or odd and jerky eye movements

Following Wernicke encephalopathy, the person may develop signs of Korsakoff’s syndrome. This disorder is a type of dementia.

Seeing things that aren’t there

worsening of cognitive ability that can impact all parts of daily functioning including eyesight, toileting functions, and speech abilities.