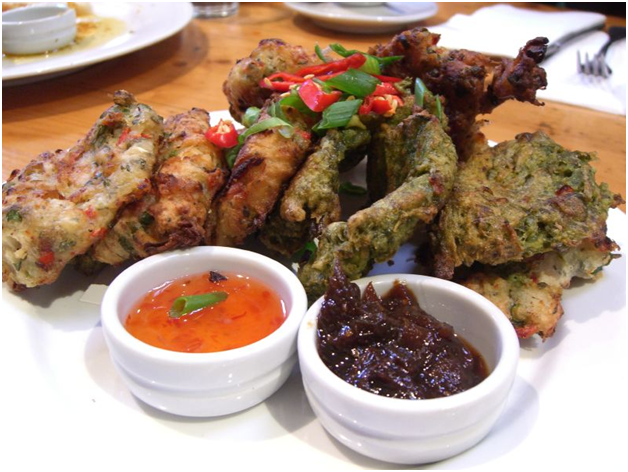 With sandy beaches, beautiful weather and a lively culture, it is not hard to see why visiting the Caribbean remains top of many people’s wish lists. Everything seems picture perfect and the food is no exception.

One of the most famous dishes from the Caribbean islands, jerk is Jamaica’s signature flavour. Used on meat, particularly chicken, there are many variations of the spicy sauce, with influences from Latin America, Portugal and Africa.

Surrounded by ocean, it is no surprise that seafood ranks high on the list of top Caribbean dishes. From delicious grouper steaks to grilled flying fish and multiple varieties of shellfish, visitors will not be disappointed.

Roast pork is big in the Caribbean, particularly on islands with a Spanish heritage such as Cuba and the Dominican Republic. Served with beans, rice and other staples available across the region, the dripping ensures the dish has a rich and succulent flavour. Lechón asado or spit roasted pig served from roadside stands in Puerto Rico is world famous and a must-try.

This thick stew is created from anything that grows on the islands, including potatoes, squash, aubergine and okra. Most commonly served with beef and cornmeal dumplings known as fungi, it is well known that no two dishes of the ‘souse’, as it is called in the Bahamas, are ever the same.

Arroz con pollo, Caribbean and other difficult words to spell are all part of the culture! Unlike its name, this dish has a surprisingly simple recipe and is the ultimate comfort food for locals and visitors alike. A baked mix of flavours, such as peppers, garlic and tomatoes, this is a dish many remember fondly from childhood.

Comprising cheese, roast pork, ham, dill pickles and mustard layered into crusty white bread and melted into a delicious toasty, this is found across the Caribbean.

A hearty broth also called kabritu, goat water or mannish water, depending on the island. Sometimes featuring the foot and head of a goat, it is far more delicious than it sounds.

A thick stew featuring coconut milk, okra, peppers, seafood, meats and a range of leafy greens, this dish remains a vital part of the diet in Trinidad and Tobago, Dominica and Jamaica