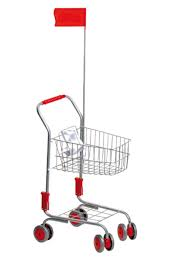 It sounds rather rude doesn’t it, but it is actually a very useful safety device that is used more often that you think. You will have seen them on things and not really registered it. One of the most vital uses of the buggy whip is in the supermarket. You know the drill, you’re happily shopping away and then all of a sudden you get taken out at the knees by a marauding three-year-old who is merrily taking her Barbie’s and other assorted tins around the store as she’s “helping Mummy”. You can’t say anything of course as the apologetic Mum comes bustling around the corner with a look of fear on her face. If only there was a way to give us an early warning that these little cherubs are coming and they are armed to the teeth with a small, but deadly, wire and wheel based battering ram. Well if you look for Buggy Whips there is, and they can be seen at https://wisuk.co.uk/buggy-whip. The big erect Buggy whip, with a nice flag on the top should warn you of any oncoming minors randomly terrorising the aisles. What else do we use Buggy Whips for? 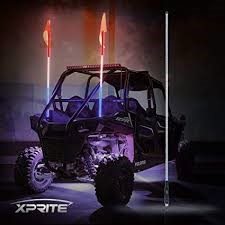 Buggy whips are an essentially part of the Racing and Power sports industry.  The buggy whip is a specialist tool that is attached to the top or back of a vehicle. When you look at Power sports, and by that I mean off road buggy’s and roll cage based vehicles, they do make a huge amount of noise but as they are blasting along in the rough tracks of the desert or forest it can be hard to spot them. It’s like the three year old but with a much, much bigger trolley.  Considering the speed that the machines do, and many of them are capable of up to one hundred and fifty miles per hour then commercial buggy whips are made from incredibly strong steel so that they stay on and do their job.

It isn’t just the world of motor sport where the buggy whip is used, or the supermarket. They are also found on the mighty industrial mining and construction trucks and diggers. The construction and mining industry employ a huge number of onsite workers and they need to have all the help that they can get to know exactly the massive trucks are. You‘ll also see them on the top of military hardware such as Tanks and armour hummers. You ;d think you’d spot a Tank though wouldn’t you?