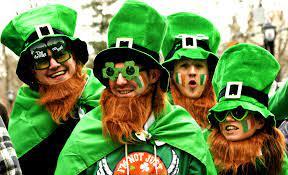 On the 17th of March the world turns a little bit green. In some cases, like in Chicago, this is literally the case as harmless green dye is added to the river that flows through it. There are waves of Irish dancing, people dress like leprechauns and the sound of fiddles, bodhran and uilleann pipes fill the air. It seems as if the world is either full or partly Irish, everyone is related in some way to the Emerald Isles and want to give ST Paddys day gifts. 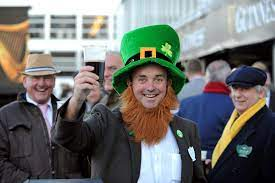 Why do we get so excited by the Patron Saint of Ireland to such a large extent. In many cases Patrick is celebrated more than St George, St David or St Andrew, the respective Saints from England, Wales and Scotland. Also, why is it that places like South Africa, the United States and Australia also join in to such a great extent, sometimes more than in Ireland itself!

The answer lies in the Irish Diaspora. This was from the seventeenth century onwards. The Irish had been through centuries of persecution from Britain as they had stayed with the Catholic faith rather than convert to protestantism. This intensified in the 18th and 19th Century with a famine of the staple crop of potatoes adding to their misery. The “New Worlds” of America, Australia and the African colonies offered a chase to start again and build a new life in communities that could thrive without fear of persecution. However the descendants of these immigrants have never forgotten their heritage and celebrate the Saint and the motherland. Some ST Patricks day gifts are one of the most common ways to do it.